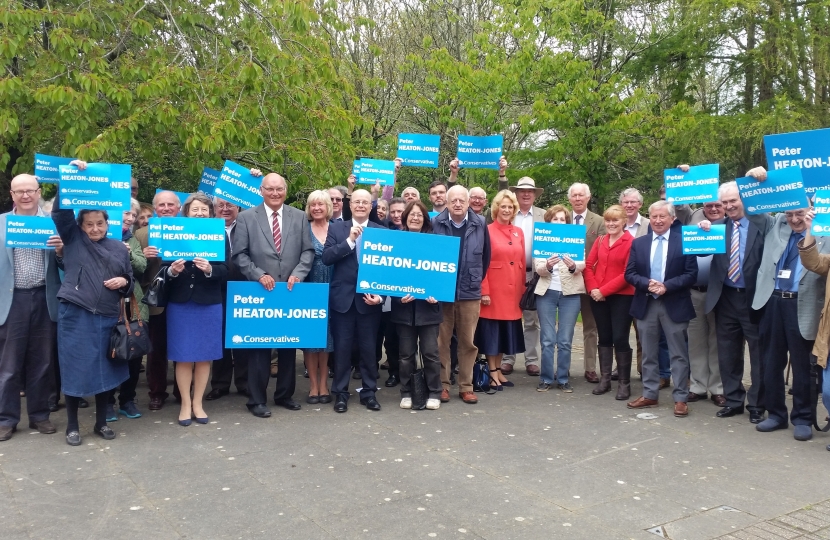 Peter Heaton-Jones, North Devon’s Conservative MP for the past two years, was officially re-selected as the party’s general election candidate this afternoon (Friday).

The unanimous decision was taken by members of North Devon Conservative Association during a meeting at Roundswell Community Centre in Barnstaple.

The formal process comes five days before the dissolution of parliament, which will mark the official start of the election campaign.

Speaking after the meeting, Peter Heaton-Jones said, “It’s been a huge privilege to be North Devon’s MP for the past two years.  There is so much more to do, so I offered myself to the Conservative Association for re-adoption as their general election candidate.  It was humbling to be unanimously re-selected by so many members at this afternoon’s meeting.

“As soon as parliament is dissolved next Wednesday, my formal duties as MP will come to an end and the election will be officially underway.  But campaigning has already begun, and I’ll be out with a large team over this long weekend delivering leaflets and talking to local residents”.

“The message in this election is clear: Britain needs strong, stable leadership under Theresa May to achieve the best possible Brexit deal, and North Devon needs a Conservative MP with influence in government and direct access to the decision-makers.  This is not the time to turn back the clock and have North Devon consigned once again to shouting from the side-lines.

“We need a strong, stable government led by Theresa May.  The alternative is a chaotic left-wing coalition led by Jeremy Corbyn.  Some people say that can’t happen, but in these days of shock results and inaccurate polls, it really is possible.  It’s just not worth the risk.  The only way to secure victory for Theresa May and an influential MP for North Devon is to vote Conservative at the general election on June 8th”.