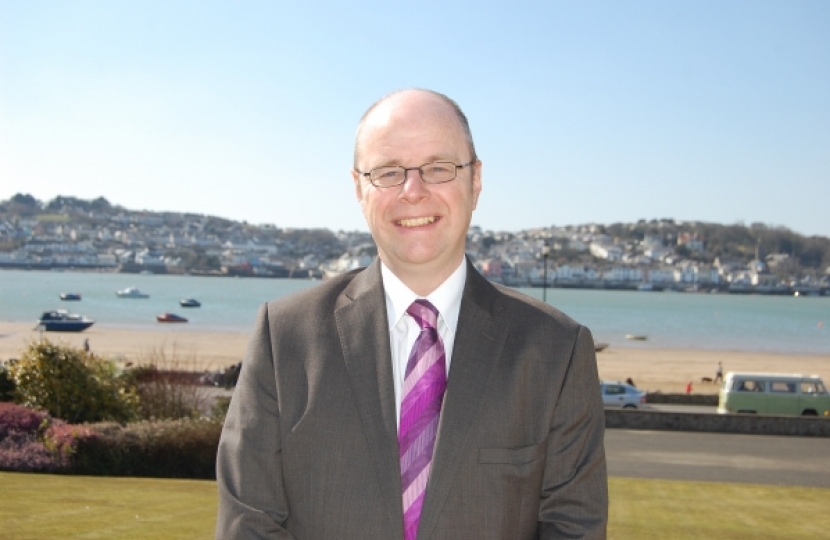 Welcome!
Welcome to my very first e-newsletter.  Each week it'll contain news of my latest activities in North Devon and some of the big issues we're facing.
I hope you'll be interested in the contents, whether or not you're a Conservative supporter.  However, If you would prefer not to receive it, please accept my apologies and unsubscribe using the appropriate tick box.  And if you would like to get in touch about any issue, please don't hesitate to do so.

Policy Views
The North Devon Journal has invited me, and the other parliamentary candidates, to write a series of short articles giving our views on a range of topics.  If you miss them in the newspaper, you can read them all on my website or Facebook page. I would be delighted to hear your views on these issues, so do get in touch.

Francis Maude
Last Friday, I was delighted to host a visit to North Devon by Francis Maude MP, Cabinet Office Minister and Paymaster General. He met local community volunteers, and was guest of honour at a fundraising dinner for the Conservatives' general election campaign.
Mr Maude first visited Bishops Nympton Parish Hall and community shop, which opened in 2011 after a 20 year fundraising campaign. We then moved on to Filleigh where he toured the village hall and heard about the 'Hallshare' scheme, which brings together managers and organisers of community halls across the area.
The minister then went to South Molton for a dinner with 40 Conservative supporters to help raise money for the election campaign.
With the general election now just 15 months away, it was great to have a visit from such a senior member of the government.  I took the opportunity, as I always do, to bang the drum for North Devon and make sure the government knows what we need and what we're concerned about.  It was a really successful visit.

Planning
I fully support the aims of this week's delegation to Downing Street calling for fairer planning rules and more local control here in North Devon. This is a cross-party campaign and not a partisan issue. The current system gives too much weight to developers and leaves our local planning committee virtually powerless.
I have already written to the Secretary of State Eric Pickles and the Planning Minister Nick Boles, in particular about the Larkbear approval, which is now being referred to the minister for review.
Local people and our elected representatives here in North Devon should be the ones who decide whether developments are allowed on our own doorsteps.  I will work with everyone to ensure that happens.

Rural Fair Share
Last week I had a very constructive discussion with the Chairman of the Rural Fair Share campaign.  This is a cross-party group of MPs and others who are campaigning for a better deal for areas like North Devon when it comes to funding of local services.  For example, we receive one of the lowest per-pupil fundings of any education authority.  This is due to an outdated formula which has been allowed to take root over many years.  I am determined to see this change so that we get a fair deal in North Devon, and will keep working hard until we achieve that.