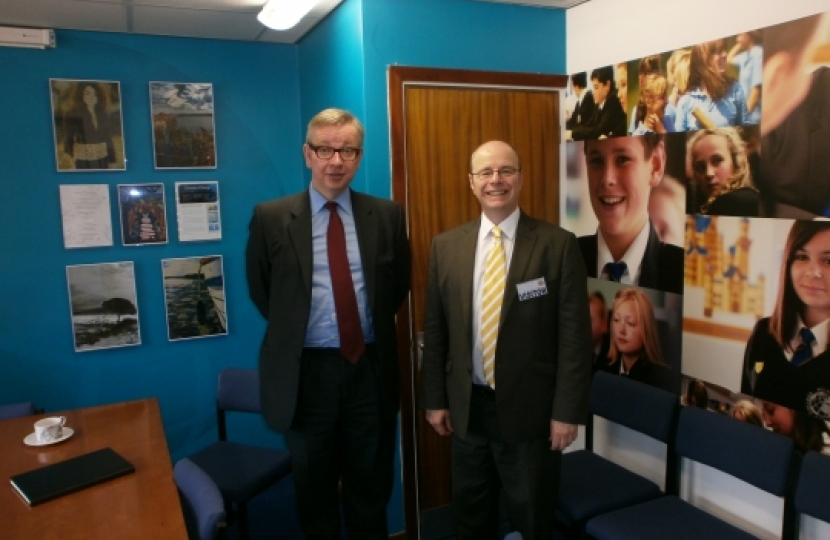 WIND TURBINES
One of my ongoing campaigns is for a change to the planning system which currently sees the views of North Devon residents frequently being swept aside by the Planning Inspectorate.  Controversial developments are being given the go-ahead on appeal, even if they have been rightly turned down by the local planning authority.  This is particularly so with wind turbines.  Indeed, just this week I have been contacted by residents seeking my help with a wind turbine appeal not far from where I live, in Bishops Nympton.
However, I am pleased to report there is now some good news.  My colleague Geoffrey Cox, MP for Torridge and West Devon, has received confirmation from the government that a greater number of wind turbine appeals are now being turned down by the Planning Inspectorate, following the publication of new planning guidance last summer.  The government has also re-stated its commitment to safeguarding the natural environment and to giving communities a greater say over planning decisions in their local area.
As Geoffrey Cox has said, this is a definite shift in the right direction.  Renewable energy is important, but we must ensure that applications for wind turbines or solar farms - and other developments - do not have an unacceptable impact on local communities here in North Devon.

CARE HOMES and POTHOLES
This week I have spent a lot of time out on the doorsteps in Barnstaple and Combe Martin, speaking to local residents and asking their views.  Two issues have come up repeatedly.  Firstly, there is much concern over the future of Devon's care homes, as mentioned here previously.  Secondly, many people have raised the state of the roads and the number of potholes.  I know Devon County Council is doing its best with limited resources, but I will be contacting the Leader of the Council about both these issues.

SCHOOL FUNDING
Last year I invited the Education Secretary Michael Gove to North Devon (pictured above).  I used the opportunity to stress that we were unhappy that Devon does not receive a fair slice of the cake when it comes to school funding.  This is due to an historic formula used to calculate spending in rural areas which, Mr Gove promised, the government would review.  I'm delighted to say that this week the government announced that the formula is indeed being changed.  It means Devon will receive an extra £16.2 million in education funding next year. That's equal to almost £200 extra per pupil.  I'm pleased that the government has listened to our appeals and, to be fair, those of people across the political spectrum.  This is a big boost for North Devon's schools which I warmly welcome.

What do you think?

I really want to know your views about a number of issues . What matters most to you and your family and to the country as a whole? Please spare a couple of minutes to tell me here  www.conservatives.com/survey