Peter Heaton-Jones was the Member of Parliament for North Devon from 2015 to 2019. He gained the seat for the Conservatives after 23 years in 2015, and increased the Conservative share of the vote further in 2017. He stood down from Parliament at the 2019 general election.

Peter began his career as a journalist and broadcaster with the BBC, editing, producing and presenting programmes on national and local radio. He then moved into marketing and media relations, and worked in Australia for several years. One of his jobs was media advisor in the Parliament of New South Wales, and this led to a sharp change in direction.

Returning to the UK, Peter became agent and campaign manager for the Conservative Party. In 2010 he was elected as a Borough Councillor, and three years later was selected to be North Devon’s Parliamentary candidate. Then, as now, he’s proud not to have been a ‘career politician’. Peter was honoured to be asked to become President of the North Devon Conservative Association in 2020. He takes an active role in campaigning and party management, as well as holding a number of other community and voluntary positions. He also works part-time as a writer and consultant

The North Devon Conservative Association is run by a voluntary management committee, as follows: 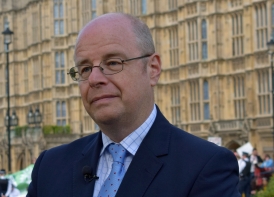