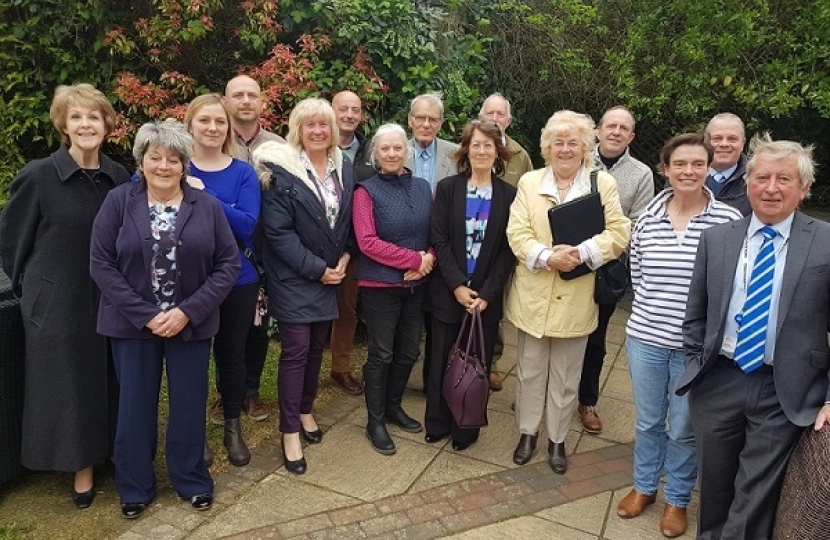 The full version of the text printed in the North Devon Gazette on the 24th of April 2019.

'This district election is vital.  It’s about who manages local services, sets your council tax and secures jobs and investment for North Devon.  This election is NOT about Brexit or Westminster politics – it’s about who’ll be the strongest voice for our local communities.  And that’s the Conservatives.

In the last four years, the Conservative administration at North Devon District Council has been able to maintain or improve our local services, despite a difficult financial climate.  We recycle more, we have new temporary housing places, we’ve delivered the Local Plan to control development, and for the first time in many years we’re achieving our target on affordable homes.

But the biggest success story has been the millions of pounds in Government funding we’ve helped secure for projects across North Devon.  This includes £83 million for major improvements to the Link Road, £1.5 million for the new Leisure Centre, and £15 million to create a new Institute of Technology, training young people for the jobs of the future.  All this has only been possible because a Conservative District Council, County Council and MP have worked together as a unified team.

Some excellent Conservative councillors are retiring, including council leader Des Brailey.  We thank them for their public service and wish them all the best for the future. We have some exciting new candidates.  These include two Parish Council chairs, two people with experience of Parliament, and even Devon’s Volunteer of the Year.  They’re a diverse mix too: we have four candidates under the age of 30, one who’s nearly 80, and one with pink hair!  And we’re delighted that nearly 50% are women.

If elected, these new candidates and returning councillors will build on the work of the last four years.  Conservatives will deliver the investment North Devon needs while keeping council taxes fair.  We won’t make grand promises we can’t keep.  But we will be a strong voice for your community, deliver good services while managing your money carefully, and work with our County Council, our MP and our Government – not against them – to get the very best for North Devon.'